Former US presidential candidate Tulsi Gabbard announced that she is leaving the Democratic Party on Tuesday. 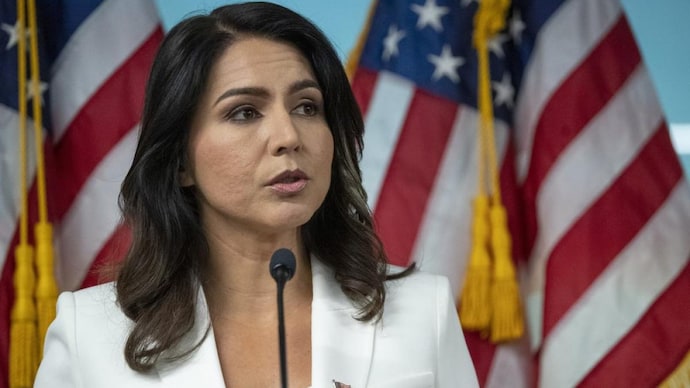 By India Today Web Desk: Tulsi Gabbard, the first Hindu American to run for the White House in 2020, announced that she is leaving the Democratic Party on Tuesday.

Calling it quits with the Democratic Party, Tulsi Gabbard said, I can no longer remain in todays Democratic Party which is now under the complete control of an elitist cabal of war-mongers driven by cowardly wokeness.

I can no longer remain in todays Democratic Party that is now under the complete control of an elitist cabal of warmongers driven by cowardly wokeness, who divide us by racializing every issue & stoke anti-white racism, actively work to undermine our God-given freedoms, are pic.twitter.com/oAuTnxZldf
Tulsi Gabbard (@TulsiGabbard) October 11, 2022

If you can no longer stomach the direction that so-called woke Democratic Party ideologues are taking our country, I invite you to join me, Tulsi Gabbard tweeted on Tuesday.

The former Congresswoman was the first-ever Hindu to be elected to the US House of Representatives in 2013 from Hawaii. Gabbard was subsequently elected for four consecutive terms.

Her resignation comes just ahead of crucial mid-term polls in November.

The Democrats of today are hostile to people of faith and spirituality. They demonise the police and protect criminals at the expense of law-abiding Americans, Tulsi Gabbard said after she quit the party.

Tulsi Gabbard is a fierce critic of US President Joe Biden. For the military invasion of Ukraine by Russia, Gabbard laid the blame on Biden’s failed foreign policy.