The Man with a Midas Touch

Opinions expressed by Entrepreneur contributors are their own.

Sanjeev Bikhchandani has had a big year. In July, Bikhchandani got validation and public proof with the Zomato IPO that investing in startups via Info Edge – whether from its balance sheet or through Info Edge Ventures is a serious activity. Interestingly, it wasn’t a one-off for Bikhchandani and Info Edge, as they struck gold again – when another investee company – Policybazaar IPOed in November. According to market capitalizations of the two tech startups – Info Edge’s 15.23 percent stake in food delivery firm Zomato is worth over Rs 18,000 crore and 13.3 percent stake in Policybazaar parent company PB fintech is valued at over Rs 7,000 crore. Bikhchandani has been instrumental in not just being an early investor but also helping them grow to scale and maturity.

Great companies outlive their founders – Bikhchandani proved this when he stepped down as CEO from Info Edge, giving the charge to Hitesh Oberoi. Today, none of the operating businesses under Info Edge- Naukri.com, JeevanSathi.com, 99acres.com, and Shiksha.com directly report to Bikhchandani. The founder of one of the oldest internet companies in India is focused on establishing the fifth vertical of Info Edge – starting 2007 aimed at creating value for shareholders by investing in startups. It also marked the end of one chapter in Bikhchandani’s life and career and the beginning of a new one. His move represents the completion of a “full circle of entrepreneurship.” In the words of Sanjeev Bikhchandani, Founder, Info Edge, “Over three years gradually I began to think more as an investor. And I stepped aside as CEO in 2010. Then a big part of my job was to look at startups.” 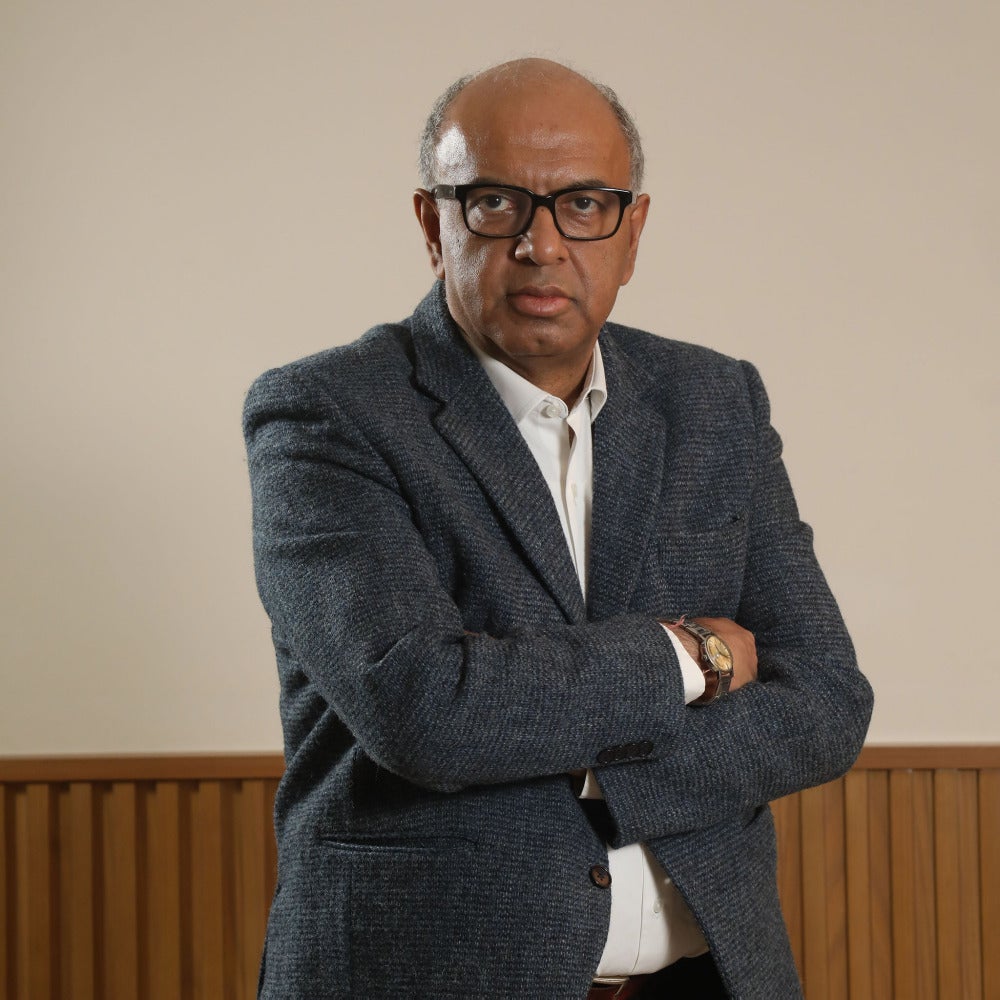 “In 2007, when we got listed, one clause in the prospectus said that we will use some of the money for inorganic growth. But when we went to look for acquisitions we found that there were very few targets and there were not many at a reasonable price, which is when we decided that instead of acquiring we should start investing,” shares Bikhchandani on his first tryst with investing. He soon began to look at investments. He saw there were several people trying to do startups. And while there was some venture capital there wasn’t the kind of venture capital that is available today. Beginning 2007 till 2012, Info Edge invested in 7-8 companies, which included Policybazaar and Zomato. “We invested in Policybazaar in 2008 and in Zomato in 2010. From these vintage investments, two did really well with the kind of valuation they have got right now. So we started investing from our balance sheet to create value for our shareholders,” adds Bikhchandani. From investing from its balance sheet as part of its corporate development program, the company has now set up a separate fund named Info Edge Ventures in 2019, which is an Alternative Investment Fund. “It’s a venture fund where we have put half the money in the first fund and Temasek has put half the money,” mentions Bikhchandani.

Between 2012 and 2015 Info Edge did not invest in new companies as they were waiting for the first batch to start to mature and show some results. In 2016, they started investing in new companies again. So there were two vintages. 2016-2019 and 2007-2012. There is an earlier vintage which is Policybazaar and Zomato. And the second vintage has got Shipsy, Ustraaa, Gramophone, Shopkirana, Bijnis. Apart from these financial investments, there is a second investment strategy of Info Edge, which has strategic investments – those are under the aegis of the business it operates, which is jobs, real estate, education, and matrimony. This includes investments like NoPaperForms. These are managed by a team that works with Hitesh Oberoi. Talking about his role as an advisor, mentor, and investor to many, Bikhchandani says, “People just come and have conversations. Initially, there were just conversations, ideas on what and how to be done. Mentoring is a big word and I don’t want to misuse it.”

When SB invested in PB & FB

When asked about his investment in Policybazaar, Bikhchandani rightly remembers, “Yashish and Hitesh were classmates in school for a month or two. Then they were batchmates at IIT Delhi at the same hostel. I had gone to IIM Ahmedabad for a guest lecture and Yashish was there in the class – that’s when I first met him.” Then several years later, he wanted to do Policybazaar, he reached out to Hitesh and Bikhchandani bumped into him again at an event. Talking about how he got convinced with the idea, he mentions, “He said I am willing to bet you are paying 60% higher than you should be for your car insurance. I confidently said I had bought my insurance from a public sector company and so there is no way they have overcharged me standard insurance, standard car, the standard price I thought. But he said no. He came out with eight quotes of which the lowest was 40% lower than what I was paying and I was surprised. I realized he is on to something. That’s how we invested.”

Almost on similar lines went his second major investment. Deepinder Goyal had this site called Foodiebay, which is now called Zomato. Bikhchandani used to use it, like it and Hitesh Oberoi would also use it and like it. “One day Hitesh mentioned it to me if I’m using Foodiebay and I said yes then he said why not seek them out for investment. The penny dropped and I said why not. I found Deepinder’s email id on the internet. I sent an email. He replied and we met. We never met earlier, and in 10 days we shook hands and signed a term sheet.”

Talking about Bikhchandani, Yashish Dahiya, Chairman and CEO, PB Fintech says, “He is a completely instinctive investor with his own set of biases and prejudices, yet he’s usually the last one to abandon a sinking ship. He is a risk-apprehensive individual. Even when things are going well, he will continue pointing out potential pitfalls. In the initial days, there were times when we would miss our numbers and feel bad about it. While we would expect a scolding, he would be encouraging us. He is most supportive during downturns. He doesn’t believe in chasing (internal rate of returns). He has the ability to change his mind and is quite decisive once he does. People with that level of seniority have strong opinions. His opinions are always based on sound reasoning and facts. And, if something changed that contradicted the understanding, he was willing to rethink everything.”

In the words of Bikhchandani, “Not everybody became as famous as Policybazaar & Zomato in the first batch. But the entrepreneurs were all very good.” As an investor Bikhchandani had his own set of learning while working with new-age startup founders.”I learned to suggest and not tell. When you are the CEO and you say something – people do it. When you are dealing with other entrepreneurs they have independent minds. So I learned to live with that.” He learned to live with a lot of ambiguity and uncertainty as there is a third party operating the business. “I learned that fundamentally if you have a good person he may flip his business model five times but he will find a way out,” he adds.

Zomato is not doing what they were doing initially. It was just a listing site. But right now it’s in delivery. “In 2010 if you told me it’s a delivery company we may or may not have invested. It was a listings company,” mentions Bikhchandani. Talking about the pedigree of the entrepreneurs he backed, Bikhchandani mentions, “These founders have a pulse on consumer’s mind. I think resilience, the ability to create trust across the table with investors, co-founders and colleagues, customers along with a high level of integrity are all important traits of good entrepreneurs.” 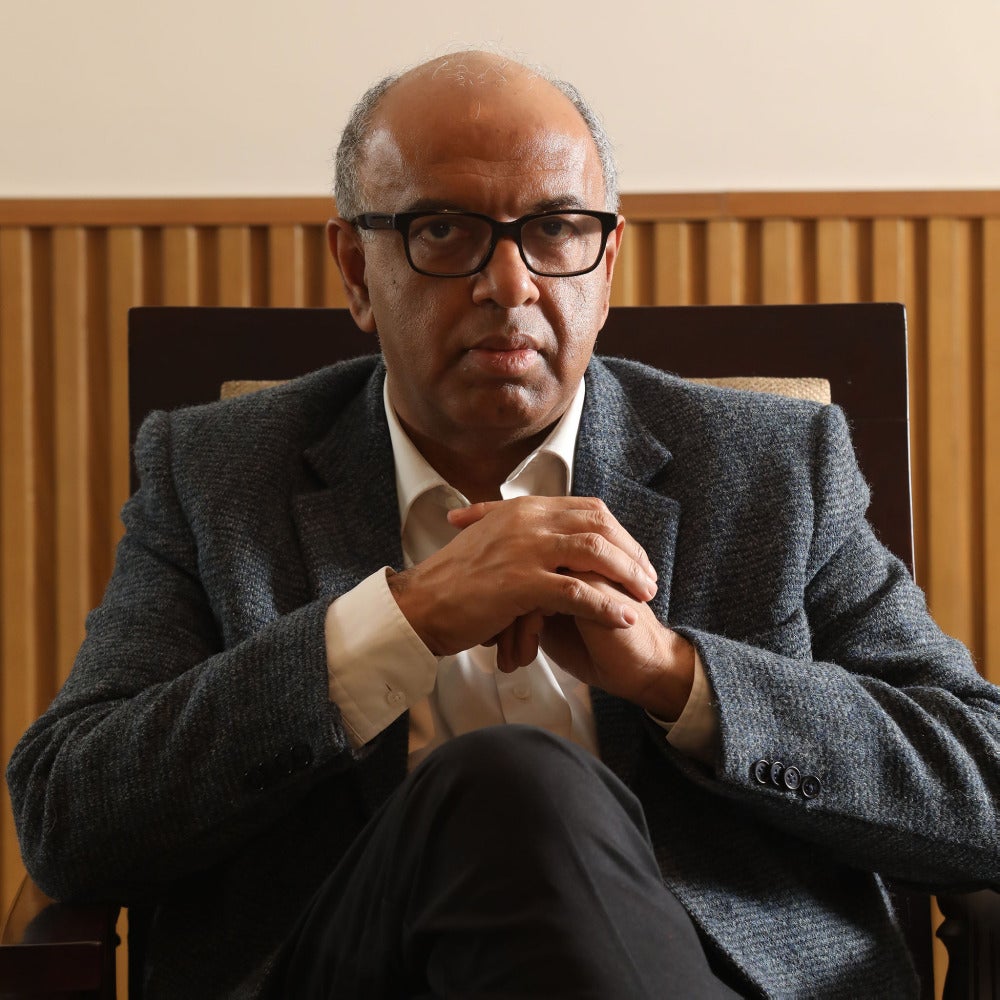 According to Bikhchandani, the ecosystem has matured a lot and the quality of entrepreneurs has improved substantially. “When I look at people starting today and when I look back at myself I think they are much smarter than I was when I was at their age. Today there is greater availability of risk capital at an early stage,” he mentions. When he launched Naukri.com there were 14000 internet accounts in the country. Today, there are a few hundred million internet users. As the ecosystem has really matured, the market size has also evolved. His focus has always been on tech startups, which is going to continue in the future too. He always partners with startups with the intention that it takes a long time for startups to become big companies in India. Talking about patience and support needed from investors, he says, “You got to understand that you are only betting money while the entrepreneur is betting his or her life. An entrepreneur bets everything and you have to respect that.”

“Sanjeev is successful, yet humble. Sanjeev is visionary, yet pragmatic. Sanjeev creates 100x commercial success, yet his own lifestyle remains unchanged. He is a funny down to earth guy and great to hang out with. He once shared a funny anecdote about how he “sweated and had sleepless nights when he heard that the Government was diligencing him. Only to learn later that it was all for a good cause – since he was shortlisted for the Padma Shri.” Mohit Bhatnagar, MD, Sequoia Capital India

THE GODFATHER OF THE INTERNET

HOW DIFFERENT IS SANJEEV THE INVESTOR FROM SANJEEV THE ENTREPRENEUR?
Investing has taught me a lot more patience. A lot more of letting go. A lot more about that there are many routes to success and yours may not be the only one. You run your company based on those principles. But
many of the investee companies may not follow the same principles to succeed. 8 out of 10 times they don’t follow my advice. They do what they think is right. We have made 45 investments in the last 15 years. We have exited a few but those were the ones that were sold at a loss. The profitable ones we hang on to. Like we hung on to Zomato and Policybazaar because the fruits of these will come in 10, 15, 20 years.

WERE YOU SURE THAT YOUR INVESTMENTS IN ZOMATO AND PB WILL TURN OUT THAT BIG?
We invest in any company with the belief of being long-term investors. Some things work out in a manner that they become winners but some things don’t work out so you exit. You can’t predict the future. These were small companies with 5 people. Nobody knew what was going to happen over the next decade. You just know these are good people doing some good things. You back them, help them and see what happens.

HOW MANY PITCHES DO YOU TYPICALLY LOOK AT?
Every month we are looking at 300-400 pitches. The team looks at it now as part of Info Edge Ventures. Every year the founders are better than those who came 10 years ago. Pitches are now of Crypto, NFT, OTT, AI, ML, AR/VR.

HAVE YOU INVESTED IN CRYPTO?
We haven’t invested much in crypto. We need to be clear on regulations before we invest. We don’t invest in segments, we invest in startups, good founders, doing good work. There is no target, just keep on building startups, back good founders.

LESSONS FOR FOUNDERS
1. The customer’s money is better than investors’ money.
2. Solve an unsolved problem for the customer. If you do it customers will buy.
3. Think long-term. Be persistent, keep adding. 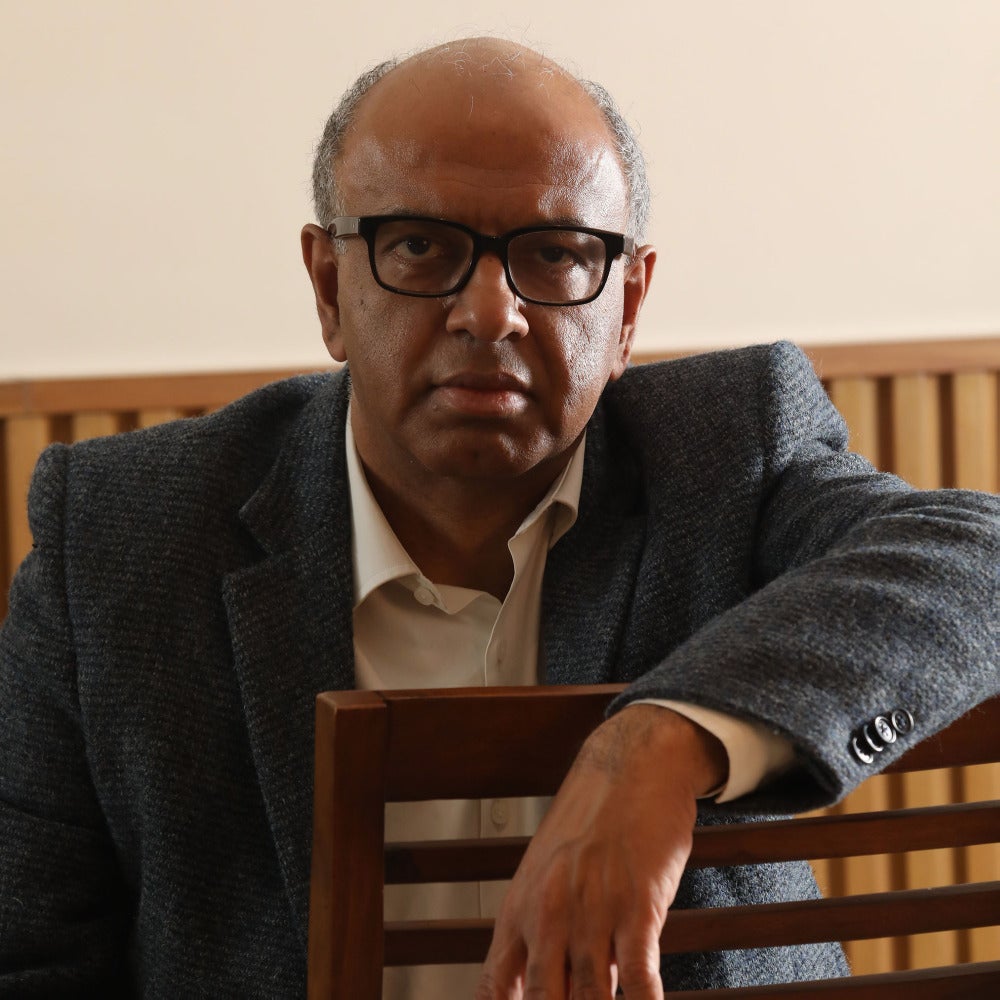 Zomato & Policybazaar are hot. And here’re the next 8 waiting to happen
1. Shipsy

Keeping financial tabs on Instacart as it preps its IPO • TechCrunch