Come on in, the water is lovely. You wouldn’t have thought there was space for more players in the busy soup that’s the crowded sous-vide market, but Typhur begs to differ, thank you very much. At CES in Las Vegas, the company released an exquisitely designed $99 temperature sensor and announced its flagship product, the Sous Vide Station.

Now, sous-vide (which means ‘under vacuum’) isn’t a new technology. The idea of cooking at lower temperatures for longer, to ensure even heat distribution through the food was first described in 1799. For sous-vide, you vacuum-seal something you want to cook in a bag, and then cook it at a very specific temperature for a specific amount of time.  If you have a way of accurately controlling the temperature of the water, and a timer, you’re good to go. A determined hacker with $40 to spare can make one themselves in 10 minutes, so it’s no surprise that Kickstarter is full of sous-vide projects, with various degrees of success, and a variable amount of sophistication.

Typhur skipped Kickstarter, raised $20 million, and is placing itself at the high end of the sophistication scale.

“Food is a science that requires precise timing and temperature to extract the best flavor,” said Frank Sun, Founder of Typhur Inc. “The process of cooking sous vide style has always been a well-kept secret in high-end restaurants. It’s a technique cherished for its ability to deliver a consistent and exact level of doneness in everything from savory steaks to poached eggs. With Typhur’s comprehensive Sous Vide Station, anyone can become an iron chef in their own home kitchen—even if the cooking is in a small space.”

Typhur’s answer to the challenge is admittedly extraordinarily fancy. It packs a 12.3-inch LCD screen, video-based guides and recipes, a powerful 1,750W heater and circulator, and a very cool design indeed. Among other things, the company created reusable vacuum bags and a hand-held air extraction pump that magnetically connects to the side of the machine, where it also wirelessly charges. It wouldn’t look out of place in the most high-design fancy home kitchens. At CES, the team insists that the pricing has not yet been set, but the Typhur website lists it with a $900 price tag, and a pre-sale price of $700. Pre-orders are opening ‘soon’. 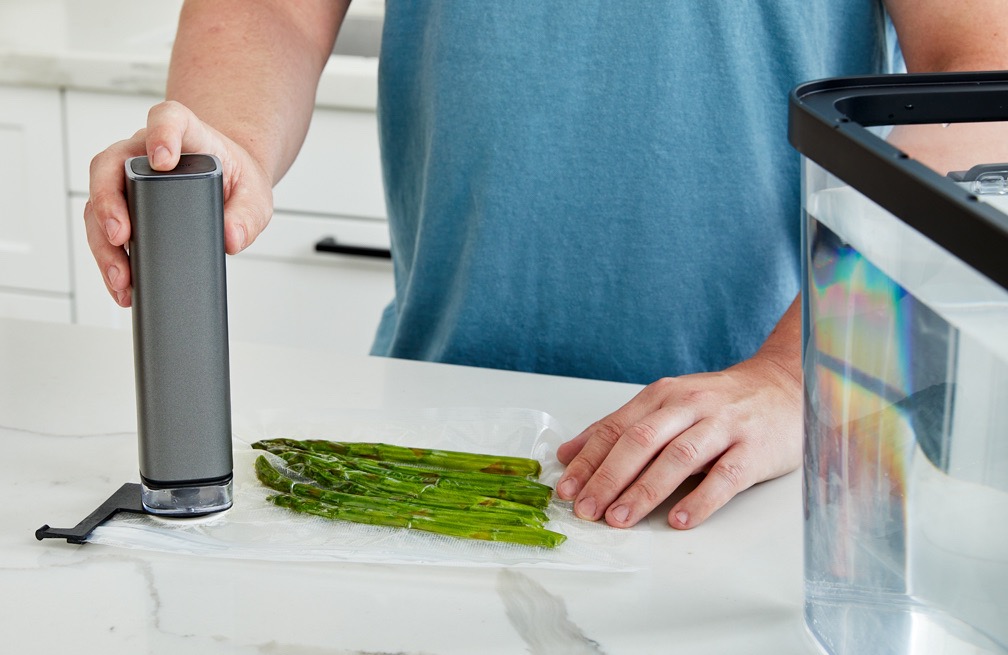 The company also showed off the first product it is shipping: the Typhur InstaProbe, a $100 temperature probe to see if your food is done. You can buy less sophisticated versions for $15, but it can’t be denied that the InstaProbe is a fantastically sleekly designed version.

“We are thrilled to release what will be the fastest and most accurate food thermometer on the market” said Sun. “The speed and precision offered by the InstaProbe™ offers unparalleled control over your meats. Most food thermometers take 2-5 seconds to get a reading and are not completely accurate, The Typhur InstaProbe offers highly accurate readings in less than a second thanks to our patented technology.” 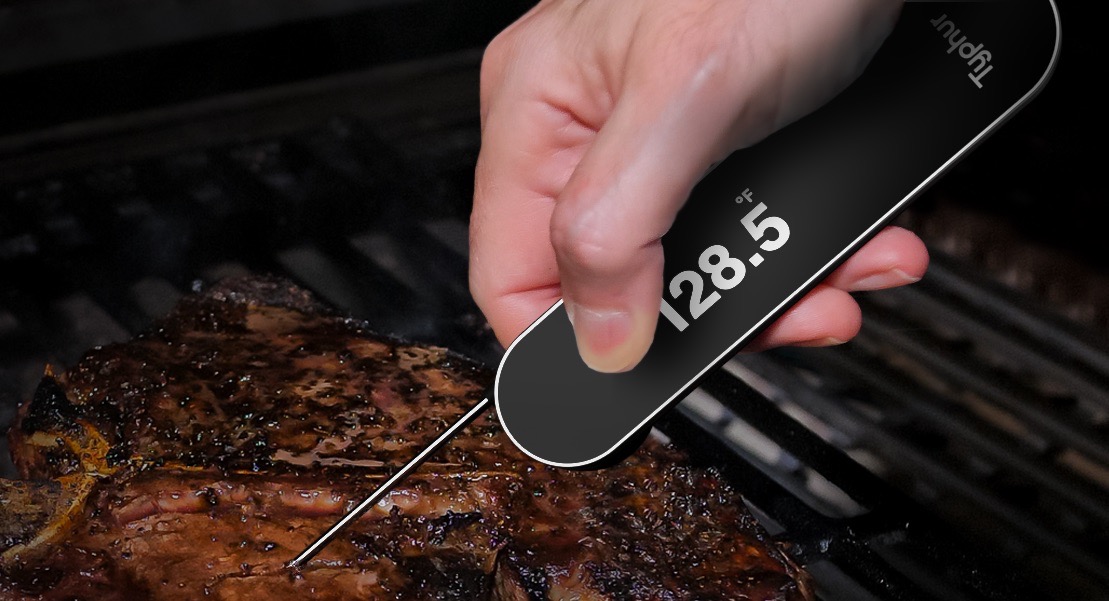 We have no way of verifying Typhur’s claims, so we’ll have to take their word for them, but it is undoubtedly one of the better-looking food thermometers we’ve seen, and there’s no shortage of people who optimize for that sort of thing, so we can absolutely see these showing up in high-end kitchen goods stores and at Silicon Valley barbecues in the near future. The thermometers are shipping now.

Should You Consider Polestar Stock After Its IPO?

Can 4 activist investors play nice in the Salesforce sandbox? • TechCrunch

Salesforce finds itself in a rather unusual situation, with four activist investors operating inside the company at the same time:...

Triple Whale helps Shopify merchants unify business metrics into one dashboard. Shopify has made an investment into United States-based Triple...

Following a request from FTX lawyers to subpoena FTX co-founder Sam Bankman-Fried (SBF) and members of his family, the U.S....

Apple, Amazon and Alphabet all posted disappointing quarterly results this week, while Facebook parent Meta bucked the gloomy trend in...