As she walked the roads recording her message, a rock flew overhead and hit a building next to her, missing her by inches. 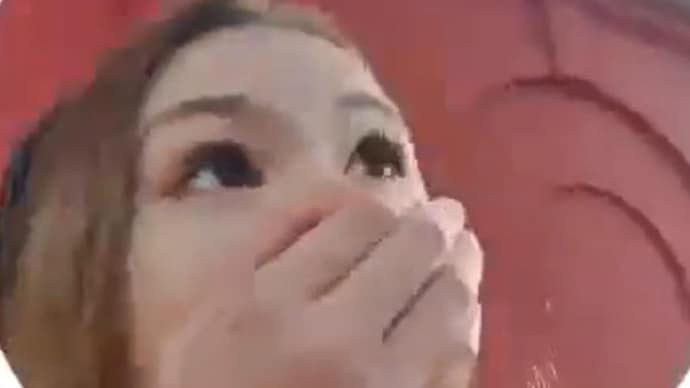 The girl looked visibly distraught and stunned after the hit, as she began running away from the spot.

By Sumana Nandy: A girl was hit by flying debris from an explosion nearby in Kyiv as she recorded a message on her phone. As she walked the roads recording her message, a rock flew overhead and hit a building next to her, missing her by inches as she ducks in time.

The girl looked visibly distraught and stunned after, as she began running away from the spot.

Ukraine media NEXTA posted the video and wrote: A girl was recording a video message in Kyiv and was hit by an explosive wave.

Russia has recently upped its attack on neighbouring Ukraine after the war-torn country went on the offensive, reclaiming lost territory.

We are dealing with terrorists. Dozens of rockets, Iranian suicide drones. They have two aims. Energy infrastructure across the whole country. The other aim is people. They have chosen the time and targets to harm as many as possible, Ukraines President Volodymyr Zelenskyy said in a video message after the recent Russian onslaught on Ukraine’s civilian facilities killed at least five people.

Russian missiles targeted pedestrian bridges, parks, and locations near the National University in Kyiv, among others. Videos of the attacks were shared by social media users.

The renewed strikes on Kyiv and other Ukrainian cities come days after the appointment of a new Russian commander for the war – General Sergei Surovikin. Known as ‘General Armageddon’, Surovikin had previously led Russian military operations in Syria, destroying the city of Aleppo with unrelenting bombings.

How TD is working to open-source equity education