As the Russia-Ukraine war neared the eight-month-mark, Moscow has stepped up its attack against Kyiv. Russian President Vladimir Putin has also hinted that it might be forced to use a tactical nuclear weapon against Ukraine. 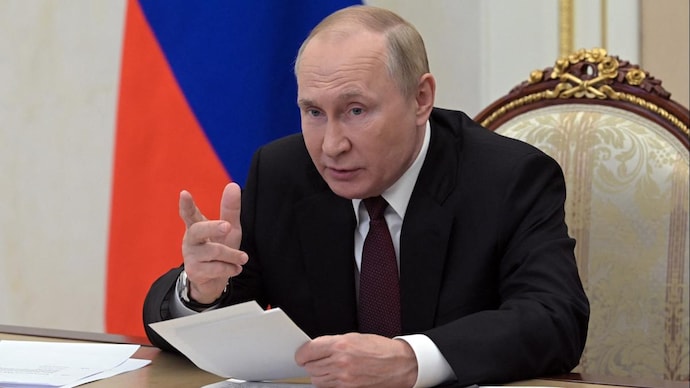 By India Today Web Desk: The specter of a nuclear war has been hanging over the world since Russia invaded Ukraine in February this year. Eight months into the war, and in the face of Ukrainian forces’ continued resistance, Russian President Vladimir Putin has once again fallen back on invoking his country’s atomic arsenal. With the military attacks in Ukraine intensifying and amid the ever-present threat of nuclear warfare, it is going to be a long winter for the residents in the war-torn nation.

Ukraine has been reeling from a series of drone strikes by Russian forces, with Moscow launching dozens of “kamikaze” drones on Ukraine last week, striking energy infrastructure and killing several civilians. Ukrainian President Volodymyr Zelenskyy has alleged that Russian plan to blow up a hydroelectric dam that would flood a large part of southern Ukraine. Zelenskyy said Russian forces have planted explosives inside the huge Nova Kakhovka dam, which holds back an enormous reservoir.

Apart from stepping up attack in Ukraine, Russia has also informed the US that it plans to carry out annual drills of its nuclear stash and forces. The US estimates that Russia will carry out nuke weapon tests during its annual ‘Grom’ exercises of the strategic nuclear forces. Experts have viewed the development as a potential threat to the US and its allies as Putin declared the chances of using nuclear weapons to keep from losing the war.

Russia has accused Ukraine of plotting to use a bomb laced with radioactive material in the Russia-occupied town of Kherson. The claim has been rejected by Kyiv, with Ukrainian Foreign Minister Dmytro Kuleba claiming that the allegations are absurd and dangerous. He added, “Russians often accuse others of what they plan themselves.”

ALSO READ | ‘No one can break us’: Ukrainians turn to candles for dinner as power cuts grip nation

A ‘dirty bomb’ is designed to contaminate a wide area with radioactive material, making it dangerous for civilians. It does not involve a nuclear explosion.

The Kremlin, while warning of a ‘dirty bomb’ attack by Ukraine, has also hinted that it might be forced to use a tactical nuclear weapon against Ukraine if Kyiv drops a ‘dirty bomb’.

US RESPONSE TO RUSSIAN NUCLEAR THREAT

The US suspects Russia might itself use a dirty bomb in a “false flag” attack, possibly to justify the use of conventional nuclear weapons by Moscow.

When asked whether Russia was preparing to deploy a “dirty bomb” or a nuclear weapon, Joe Biden said, “I’m not guaranteeing you that it’s a false-flag operation yet; I don’t know. But it would be a serious, serious mistake.”

Amid escalating tensions between Russia and Ukraine, Defence Minister Rajnath Singh told his Russian counterpart Sergei Shoigu that the nuclear option should not be resorted to by any side and the crisis should be resolved through dialogue and diplomacy.

Rajnath Singh told Shoigu that nuclear war should be avoided at all costs as the use of such weapons is against the basic tenets of humanity.

ALSO READ | Russia, Ukraine to go all out for Kherson amid nuclear, ‘dirty bomb’ threats

At last! Blaseball is coming back for Fall Ball • TechCrunch